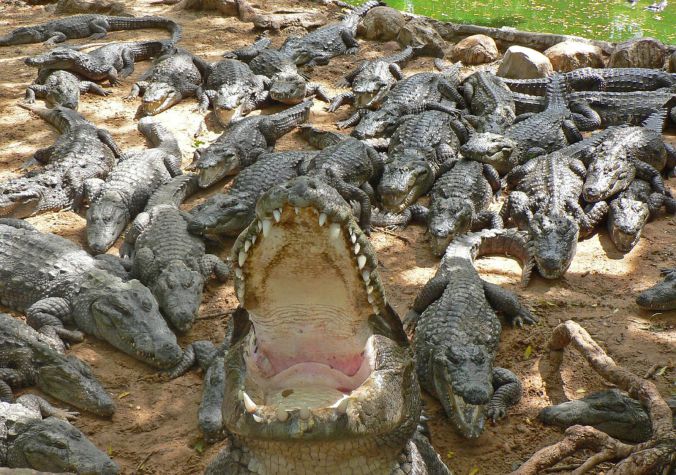 These are the words of Trump that have caused a national uproar and a torrent of emotion across the country. People were outraged. Shocked. High-profile men and women withdrew their support from Trump.

Social media went wild. People wrote comments such as, “I could never look my daughter in the eye and tell her that I voted for Trump.” … and  “Whoever votes for such a man is humiliating and debasing themselves.”  People are saying that what he did was a sex crime, and by their words convicting him as a criminal.

Clearly what Trump said 11 years ago was wrong, sinful, and encompassed by the work of Darkness.

However, as far as I know, Trump has not been accused, tried or convicted of any crime. Do we really want to revert to the witch hunt tactics of the 1600s?  This was also in the tape: “And when you’re a star, they let you do it. You can do anything.”  He is not describing an act of rape… seduction and adultery yes, but rape or forced assault- no.

My purpose is not to elevate one political party. I want to address the self-righteousness that is rampant. My concern is your heart and my heart.

The question I’d like to ask is: what man out there has not ever talked or thought about a woman in a crude way? How many men out there have not even *once* been a consumer of pornography, which supports sex trafficking, sexual abuse, and a “rape culture”?

The point is, as the Bible says, “There is no one righteous, no not one” (Romans 3). I’d like to challenge people to get off their self-righteous high horse and not act like Trump’s sin is worse than ours. (or Hillary’s sin… for some reason Trump’s seems to be more spoken of).

{Jesus} said unto them, He that is without sin among you, let him cast the first stone. ~ John 8:7

The self-righteous talk that I am reading and hearing is a severe offense to the Gospel of Jesus.

We ALL need to be saved by the free gift of grace offered by Jesus.

“Here is a trustworthy saying that deserves full acceptance: Christ Jesus came into the world to save sinners–of whom I am the worst.” ~ 1 Timothy 1:15

Here’s a story about the political self-righteous rhetoric:

“Two men went up to the temple to pray,… The Pharisee stood by himself and prayed: *** ‘God, I thank you that I am not like other people—robbers, evildoers, adulterers—or even like [Trump] ***

Be *outraged* at Trump’s sin… and Hillary’s. But are you more outraged at your own sin? Who has the log?? and who has the speck?

You’re either humble or prideful. Your heart is either repentant or self-righteous.

And here is the end of the matter: God gives *grace* to the humble, repentant sinner, but opposes the proud.

How DO we address the wrongdoings of both political candidates?

Galations 6:1- Brothers and sisters, if someone is caught in a sin, you who live by the Spirit should restore that person gently.

In Matthew 7, Jesus defines true humility with the analogy of the log and speck:

First, you must have the integrity and honesty to take **ownership** of the log in your own eye.

What you see in Trump, or Hillary will fall into the 2 core issues of the human heart: Lust and anger.

Perhaps Trump is the adulterer and Hillary is the murderer.

BUT SO AM I.  Like Trump I am an adulterer and like Hillary I am a murderer. Anything less than this, is *self-righteousness*.

Got it?  (Just to make sure, try saying out loud to your significant other- “Honey, just so you know, I AM an adulterer and a murderer. Seriously.” )

The point is that you never address someone whom you see to be MORE of a murderer or an adulterer than yourself. This is true humility.

As Dr. Dan Allender said in his podcast, “This leavens the playing field. We can say, “In this struggle I have *been there*, I AM there, and I will BE there in some form until the coming of Christ and full redemption in Him.”

Drain your OWN swamp first!!

To him {Jesus} all the prophets bear witness that everyone who believes in him receives forgiveness of sins through his name.” ~ Acts 10:43

For I have no pleasure in the death of anyone, declares the Lord GOD; so turn, and live. ~ Ezekiel 18:30

if my people who are called by my name humble themselves, and pray and seek my face and turn from their wicked ways, then I will hear from heaven and will forgive their sin and heal their land. ~ 2 CHR 7:14